Brooke Shields is an American actress, model and former child star who has a net worth of $40 million dollars. That is a combined net worth with her producer/entrepreneur husband Chris Henchy, and it is likely a fairly even split between the two. She is perhaps most famous for appearing in the 1980 film “Blue Lagoon” but has starred in many films and television shows over a multi-decade career.

Brooke Christa Shields was born on May 31, 1965 in Manhattan, New York City, New York, the daughter of actress and model Teri Shields and businessman Frank Shields. Her parents divorced when she was five months old and she has two stepbrothers and three half-sisters. Growing up, her mother encouraged her to be active in show business as she took piano, ballet, and horse riding lessons. Shields went to New Lincoln School and graduated from the Dwight-Englewood School in Englewood, New Jersey, in 1983.

Shields began her modeling career in 1966, when she was just 11 months old. The role was for Ivory Soap. he was initially a child model/actress and gained wide attention and acclaim for her leading role in Louis Malle’s controversial film “Pretty Baby” (1978), in which she played a child prostitute in New Orleans at the turn of the 20th century. In 1980, Shields, at age 14, was the youngest fashion model to ever appear on the cover of Vogue. Later that same year, Shields appeared in controversial print and TV ads for Calvin Klein jeans. The TV ad included her saying the famous tagline, “You want to know what comes between me and my Calvins? Nothing.”

She then starred in 1980’s “Blue Lagoon” and later “Endless Love.” The MPAA initially rated “Endless Love” with an X rating due to the film’s multiple nude scenes. By the time she was 16, she had become one of the most recognizable faces in the country due to her dual career as a fashion model and actress. In 1983, Shields abandoned her career as an actress/model to attend Princeton University, where she graduated with a bachelor’s degree in French literature. Shields published her autobiography, “On Your Own”, in 195. A member of the Princeton Triangle Club and the Cap and Gown Club, her senior thesis was titled: “The Initiation: From Innocence to Experience: The Pre-Adolescent/Adolescent Journey in the Films of Louis Malle, Pretty Baby and Lacombe Lucien.”

Shields was the youngest guest star to ever appear on “The Muppet Show” in 1980. Shields was also the youngest person to host the “SNL”-like live sketch comedy “ABC Fridays” in 1981. After she had graduated college, Shields returned to acting, appearing in minor roles in films and landing the starring role in the sitcom “Suddenly Susan”. She was also a producer on the show which ran for four seasons between 1996 and 2000. Shields continued making appearances in other television shows, including “That ’70s Show”, “Lipstick Jungle”, “Saturday Night Live” (SNL), “Two and a Half Men” and “Friends.”

She guest starred on shows like “Nip Tuck”, “The Middle”, and “When Calls the Heart.” In 2017, she appeared in several episodes of “Law and Order: SVU.” In 2018, she had a recurring role on “Jane the Virgin” and appeared in 14 episodes.  She won the People’s Choice Award in the category of Favorite Young Performer in four consecutive years from 1981 to 1984. 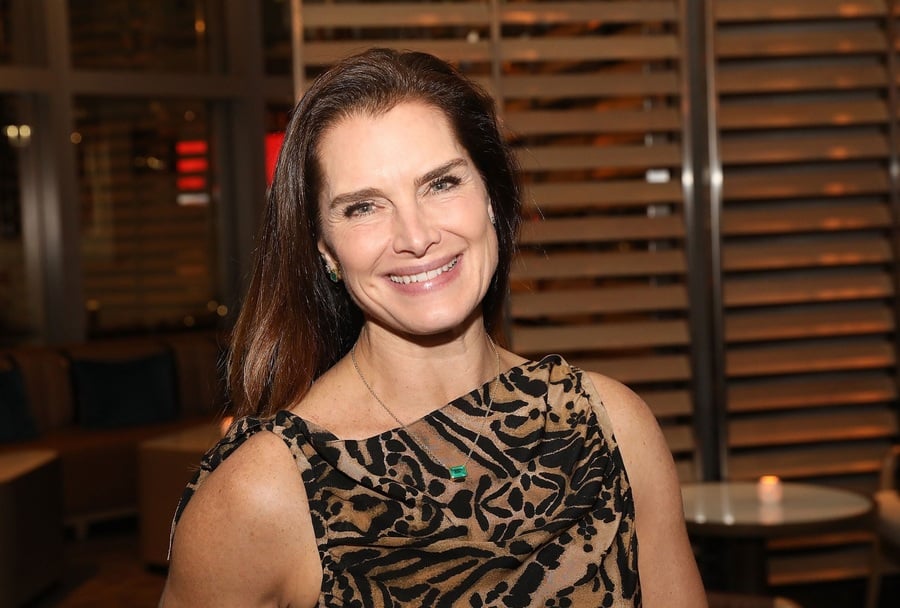 Brooke has appeared in several Broadway musical productions including playing Rizzo in the 1994 revival of “Grease.” In July 2001, she played Sally Bowles in the long-running 1988 revival of “Cabaret.” The production ran for four months. In September 2004, Shields played the role of Ruth Sherwood in 2003’s “Wonderful Town,” which also ran for four months and was widely praised.

From 1981-1983, Shields and her mother, as well as photographer Garry Gross and Playboy Press, were embroiled in litigation in the New York City Courts over the rights to photographs her mother had signed away to Gross. He was the photographer of a set of controversial images that were taken in 1975 of a nude ten-year-old Shields (with the consent of her mother). Due to a strange loophole in New York law, the courts ruled in favor of Gross.

Shields testified in front of a U.S. Congressional inquiry that older body doubles were used in the nude scenes between teenage lovers on a tropical island in “The Blue Lagoon.”

Her philanthropic efforts include starring in the USPHS PSA sponsored by the American Lung Association as an initiative to encourage VIPs to become examples and advocates of non-smoking and supporting the USO by touring with Bob Hope. She is a spokesperson for Tupperware’s Chain of Confidence SMART Girls campaign, which aims to teach girls to nurture their mental and physical well-being.

Brooke was very close friends with The King of Pop, Michael Jackson, up until his death in 2009. She spoke at his memorial service in July 2009. Brooke has been open in the past about her struggles with postpartum depression, which she details in her book “Down Came the Rain.”

In the mid-1980s, while at Princeton, Shields dated classmate Dean Cain. Shields has also been romantically linked to John F. Kennedy Jr., actor Liam Neeson and singer George Michael. After a romantic interlude with John Travolta, the 16-year-old Brooke Shields dated 18-year-old Mohammed Khashoggi, son of the arms-dealer billionaire Adnan Khashoggi in Cannes where they first met. She has been married twice. She was married to tennis player Andre Agassi from 1997-1999. The couple had been together since 1993. Shields married writer/producer Chris Henchy in 2001. They have two daughters and reside in Greenwich Village, New York City.

Chris Henchy is Will Ferrell’s frequent collaborator and producing partner. Henchy co-founded Funny Or Die with Ferrell and two others.

In 1997 Brooke paid $3.25 million for a home in LA’s Pacific Palisades neighborhood. After moving to New York full-time, Brooke and her husband began renting this LA house for $25,000 per month. In New York’s West Village, they paid $5.5 million for a town home back in 2007. They also own a home in Southhampton which they bought in 2013 for $4.25 million.