What is Jennifer Lawrence’s net worth and salary?

Jennifer Lawrence is an award-winning American actress who has a net worth of $160 million. In 2013, she won the Academy Award for Best Actress in for her performance in 2012’s Silver Linings Playbook. As of this writing, the films Lawrence has appeared in have grossed more than $6 billion worldwide. She was the highest-paid actress in the world in 2015 and 2016. In 2013 she was on Time’s list of the 100 most influential people in the world.

Lawrence is an outspoken feminist and advocate for Planned Parenthood. She founded the Jennifer Lawrence foundation in 2015 with the mission to advocate for the Boys & Girls Clubs of America and the Special Olympics. In 2018, she formed the production company Excellent Cadaver.

Jennifer Lawrence was born in Louisville, Kentucky on August 15, 1990. Jennifer has two older brothers named Ben and Blaine. Lawrence suffered from hyperactivity and social anxiety during her childhood. When she started acting it helped her with these anxieties.  While still living in Kentucky, she acted in several local theater productions through her school and her church.

She had her first acting role playing  a prostitute in a church play that was based on the Book of Jonah when she was nine years old. Over the next several years, she continued to act in church plays and school musicals.

In high school, Lawrence was a cheerleader, a member of the field hockey team, and played on the boys’ basketball team, which was coached by her father. When Lawrence was 14 and on a family vacation in New York City, a talent scout spotted her on the street and arranged an audition for talent agents. After her first audition, the agents said she was the best they had seen from someone that young. Lawrence’s mom wasn’t thrilled with her daughter’s acting ambitions. She signed on with the CESD Talent Agency and began auditioning for roles in Los Angeles. Lawrence dropped out of high school at 14. She never graduated or received her GED.

In 2006, Lawrence booked her first paid acting job with a role in the television film Company Town. That was followed up with guest roles in a number of television shows including Monk and Medium. In 2007, she was cast as the rebellious daughter Lauren on the TBS show The Bill Engvall Show. The series ran for three seasons and won her many accolades. The Washington Post wrote that she was a scene-stealer. The New York Daily News wrote that Lawrence was exceptional in “delivering the perpetual exasperation of teenage girls.” She won a Young Artist Award for Outstanding Young Performer in a TV Series for her role in 2009.

Lawrence’s breakthrough role came in the 2010 film Winter’s Bone. Jennifer was nominated for an Oscar for her performance in the movie. After her dramatic turn in Winter’s Bone, Lawrence looked for something lighter. She found that in 2011’s X-Men: First Class in which she played the shape-shifting mutant Mystique.

From there, Jennifer landed what is arguably her biggest and most famous role to date as the heroine Katniss Everdeen in Suzane Collins’ Hunger Games trilogy in 2012. That same year, she appeared opposite Bradley Cooper in the David O. Russell film Silver Linings Playbook. In the film, her character has a relationship with a man with bipolar disorder. She won the Academy Award and Golden Globe for Best Actress for her work on Silver Linings Playbook. Sequels to the Hunger Games and X Men films followed. 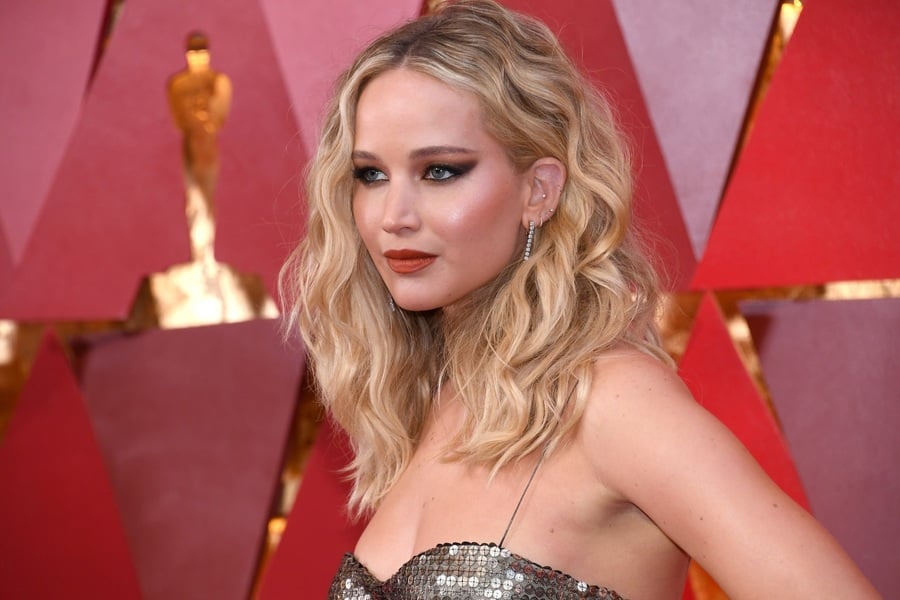 In 2013, Lawrence once again worked with director David O. Russell on the ensemble crime drama American Hustle. She played Rosalyn Rosenfeld, the neurotic wife of con man Irving Rosenfeld, played by Christian Bale. Lawrence’s performance won her the Golden Globe and BAFTA Award for Best Supporting Actress, in addition to a third Academy Award nomination, her first in the supporting category.

She worked with Russell a third time in 2015’s Joy, based on the true-life story of a single mom down on her luck who invents the Miracle Mop. The film didn’t do as well as the previous Lawrence-Russell films but her performance was praised.  She won a third Golden Globe Award and was nominated for another Academy Award for Best Actress, becoming the youngest person to accrue four Oscar nominations.

Lawrence is slated to play Theranos founder Elizabeth Holmes in Adam McKay’s Bad Blood. She wrapped a project known as the Untitled Lila Neugebauer Project, which is about a US soldier who suffers a traumatic brain injury while fighting in Afghanistan and struggles to adjust to life back home.

She is frequently praised for her acting talents and is often compared to a young Meryl Streep both in terms of her acting abilities and personality. Today Jennifer is one of the most sought after actresses working in Hollywood and will likely have an incredibly successful career for years to come.

While filming X Men: First Class in 2010 she began a relationship with her co-star Nicholas Hoult. The two dated until around the time they wrapped production on X Men: Days of Future Past in 2014. That same year, Lawrence was a victim of the iCloud hack of celebrity photos and dozens of her nude selfies were leaked online. In the fall of 2016, she started dating director Darren Aronofsky, whom she met during the filming of mother!. They spilt a bit over a year later. She started dating art gallery director Cooke Maroney in 2018. They got engaged in February 2019 and married in October 2019 in Rhode Island.

Lawrence’s salary for Winter’s Bone was $3,000 per week.  In 2012, Jennifer Lawrence’s salary for the first Hunger Games movie was just $500,000, but after its massive commercial success, her salary skyrocketed for the next two movies. She earned $10 million for the second and $30-40 million for the fourth in base salary and bonuses. For the 2016 movie Passengers, Jennifer earned $20 million, which was $8 million more than her co-star Chris Pratt. For the 2018 movie Red Sparrow, she earned $15 million.

Today Jennifer typically commands a minimum of $15 million in base pay for a movie. That number can grow significantly with bonus milestones. Between August 2017 and August 2018, Jennifer earned $20 million between salary and endorsements, making her one of the 5 highest-paid actresses on the planet.

For the 2021 Netflix movie Don’t Look Up Jennifer was paid $25 million which was actually $5 million less than her co-star Leonardo DiCaprio, but she did receive top-billing.

In 2014, Lawrence paid $8.225 million for a 5,500 square foot house in Beverly Hills. Previously owners include Ellen DeGeneres and Jessica Simpson.

In October 2020, Jennifer plunked down a whopping $22 million for a 5,000 square-foot apartment in New York City’s West Village.